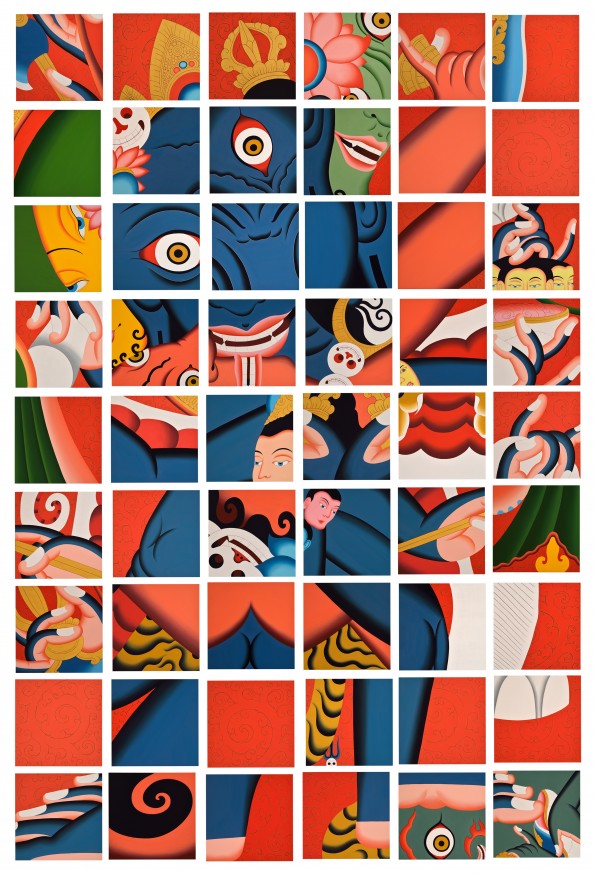 Bring It Home: (Re)Locating Cultural Legacy Through the Body 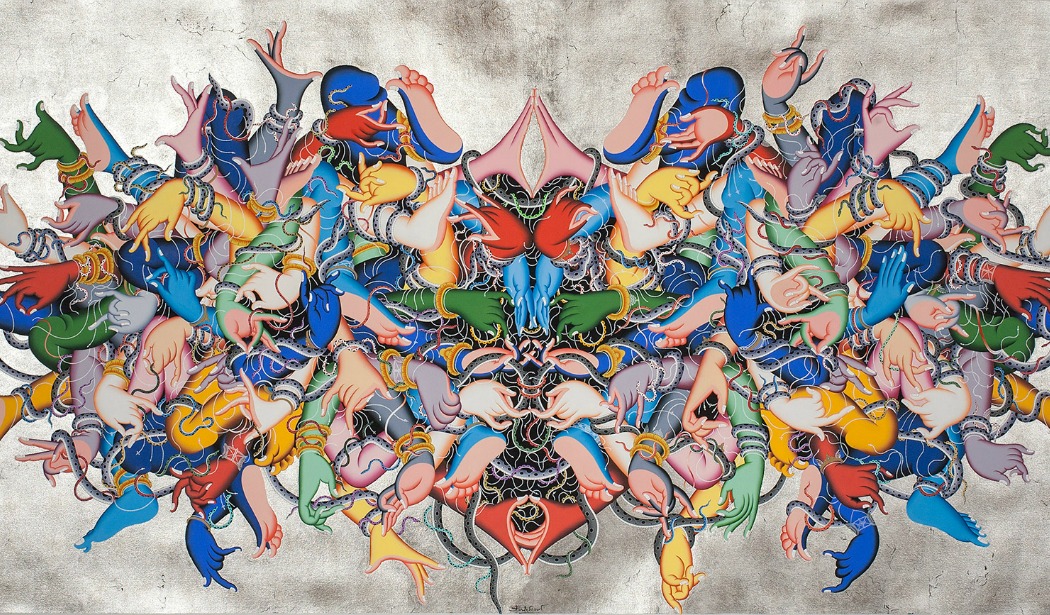 My work explores the dualism that exists in my own cultural heritage that is created by social hierarchy between icon and ordinary. On a separate level, the works also recounts my journey of understanding my own displacement and identity in a broader context that also mirrors the experience of many others, particularly by Tibetans born in exile. 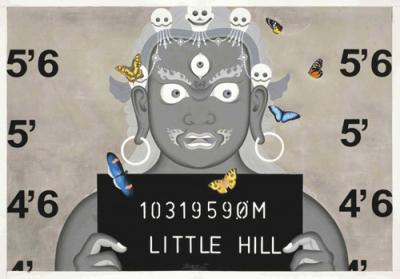 To me it was like, ‘how do we merge between the spiritual practice and everyday life, and should there be a gap between mundane and sacred?’ I think as soon as we create that gap, or create that distinction, then sacred just remains sacred and mundane just remains mundane, then it doesn’t merge. Without that merging, the view of so-called enlightenment is probably not working. 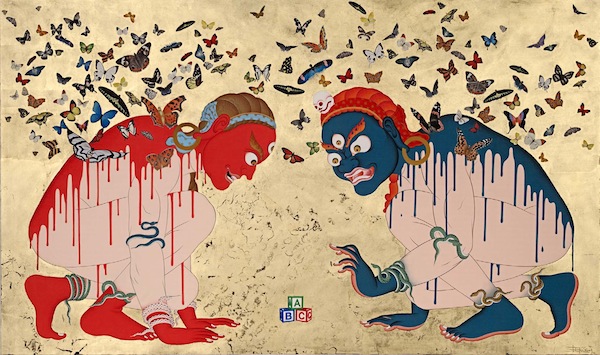 Ang Tsherin Sherpa lives and works in America but grew up in Nepal and was educated by his Tibetan father. Through his arts, he questions the issue of identity and ELOQUENCE talked with him about his childhood, career and philosphy. Editor. Linda Choi

Q. In Korea, Tibetan art is not that widely recognized. As a representative of Tibetans, how can you describe it?

A: Tibetan contemporary art is hard to sum up easily since it is truly part of a global art culture. It can’t be described only by ethnicity, location, Buddhist religion, style, or form. You don’t have to wait generations to react to a painting but can respond right away. One can even see work that is presently being created by the many artists who are putting webcams in their studios. Since I was traditionally trained it is a heavy influence in my work. The first Tibetan artist to show at the world famous Venice Biennale was Gonkar Gyatso who many know by his use of stickers to compose his images of Buddha. You have Switzerland based Tibetan artist Kesang Lamdark who was part of the Trickster Makes the World exhibition at the Nam Jung Paik Center in South Korea. 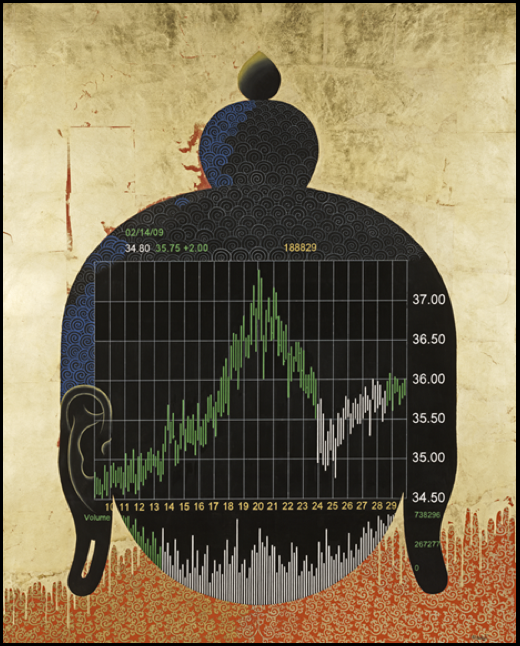 So, there is a very unique way of understanding these images. What is happening to these images for me is like what you were saying; a flag is a flag, a Buddha is a Buddha. A shape is a shape and a form is a form. So my reference point of Buddha is stuck in this image. I need to go beyond it. And the whole idea, in my view, of the Buddhist view, is that it’s not really about worshipping some hero; it’s about you becoming the hero. So if it is an outside entity which you are devoting yourself to, I don’t know, that outside entity would be like me waiting for my green card from the US consulate, where I do not have control over the situation. (Laughter)

opendharma
RSS
More posts by opendharma.
King Sivi/Sibi/Cibi/Sibhi Jataka
Sibi Jataka: during one of his previous lives, the Buddha offers his own flesh to a hawk to ransom the life of a pigeon. Date: between circa 100 and circa 299 Location: British Museum, Department of Asia, room G33 Photo © Marie-Lan Nguyen / Wikimedia Commons / CC-BY 2.5 The kingdom of
Venerable Piliṇḍavaccha
aka Piliṇḍiyavaccha, Pilindavaccha, Pilindivaccha Pilindavaccha, Foremost, Dear and Pleasing to the Gods (Devapiyamanāpa) The Foremost and the Eighty Great Disciples These are the foremost | 215. Pilindavaccha for adoration by the gods. Aṅguttara Nikāya | 1. Ekakanipāta | XIV. Etadaggavagga | 3. Tatiya vagga. Udāna 3.6 | Pilindavaccha (Pilindavaccha Sutta) While in the Bamboo