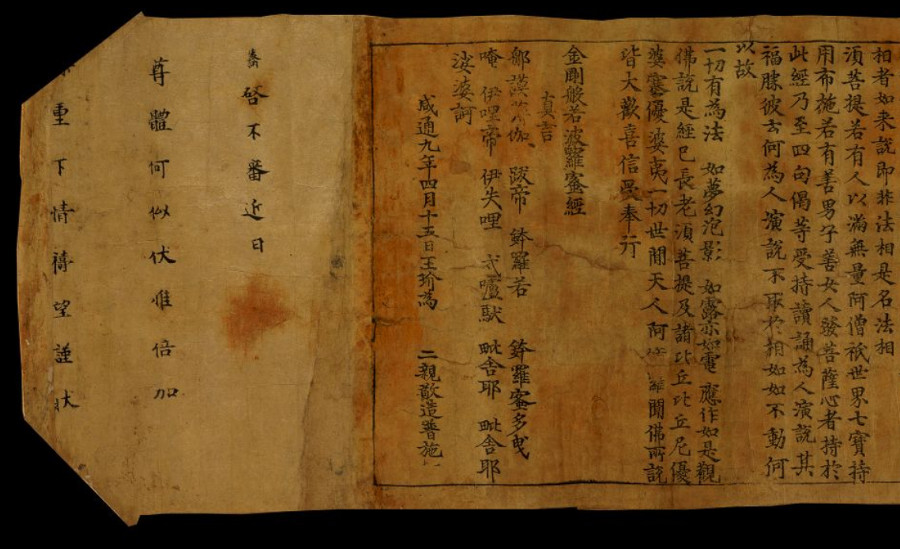 Vaj H 142,4 - 12 | This is the word as I heard it once when the Lord was staying in Śrāvastī, in Jetṛ’s Grove, at the monastery of Anāthapiṇḍada, together with a large community of monks 1,250 monks strong.

Then the Lord got dressed in the morning, took his bowl and robe, and entered the great city of Śrāvastī for alms. Then, after walking around the great city of Śrāvastī for alms, the Lord returned in the afternoon after eating the alms food, washed his feet, and sat down on the seat set out for him with legs crossed, body held erect and attention directed in front of him. Then a great many monks approached the Lord, and after approaching him they prostrated themselves at the Lord’s feet, circumambulated the Lord three times, and sat down to one side.

“What do you think, Subhuti? Is it possible to grasp the Tathagata by means of bodily signs?”

“No, World-Honored One. When the Tathagata speaks of bodily signs, there are no signs being talked about.”

7: No attainment, no teaching

“Subhūti, what do you think? Does the Tathāgata attain peerless perfect enlightenment? And does he have a teaching that he explains?”
Subhūti said: “As I understand the implications of what the Buddha has explained, there is no determinable phenomenon called peerless perfect enlightenment. And there is also no set teaching that can be delivered by the Tathāgata. Why? The teachings explained by the Tathāgata can neither be appropriated nor explained. There is neither a teaching nor a non-teaching. How can this be? All the enlightened sages are distinguished [from worldly teachers] by unconditioned phenomena.”

This paper attempts to make intelligible the logic contained in the Diamond Sutra. This 'logic' is called the 'logic of not'. It is stated in a propositional form: 'A is not A, therefore it is A'. Since this formulation is contradictory or paradoxical when it is read in light of Aristotelean logic, one might dismiss it as nonsensical. In order to show that it is neither nonsensical nor meaningless, the paper will articulate the philosophical reasons why the Sutra makes its position in this contradictory form. The thesis to be presented is that as long as one understands the 'logic of not' from a dualistic, either-or egological standpoint, it remains contradictory, but in order to properly understand it, one must effect a perspectival shift from the dualistic, egological stance to a non-dualistic, non-egological stance. This thesis is advanced with a broader concern in mind: to reexamine how the self understands itself, how it understands others, and how it understands its intra-ecological relationship with nature.

Although the colophon on the block-printed Diamond Sutra reveals little about Wang Jie, other handwritten copies of this sutra found in the Library Cave are more forthcoming about who created them and why. They reveal details that are at times intriguing, amusing and poignant. Merit resulting from the good deed of copying a sutra could be transferred to others — and not only to other humans. One of the most touching copies tells how a farmer commissioned a Diamond Sutra on behalf of his late, lamented ploughing ox. In doing so, the farmer prays that ‘this ox may personally receive the merit therefrom, and be reborn in the Pure Land, never again come to life in the body of a domestic animal. May this be clearly ordained by the officers dispensing justice in the underworld, so that there may be no further enmity or quarrel [between the ox and its owner]’.

This issue of IDP News is dedicated to the Diamond Sutra (Or.8210/P.2), including an article on its history and transmission, a preliminary study of the paper of the printed copy found at Dunhuang, as well as extracts from new books on the Diamond Sutra, one of which showcases the conservation work recently completed at the British Library. 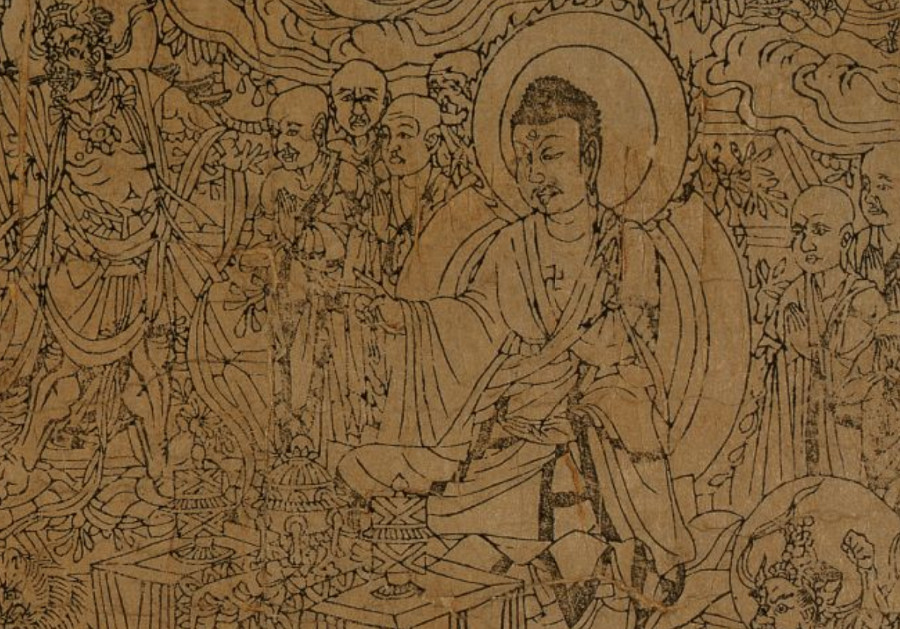 Reverently made for universal free distribution by Wang Jie on behalf of his two parents on the 13th of the 4th moon of the 9th year of Xiantong. (11 May 868)