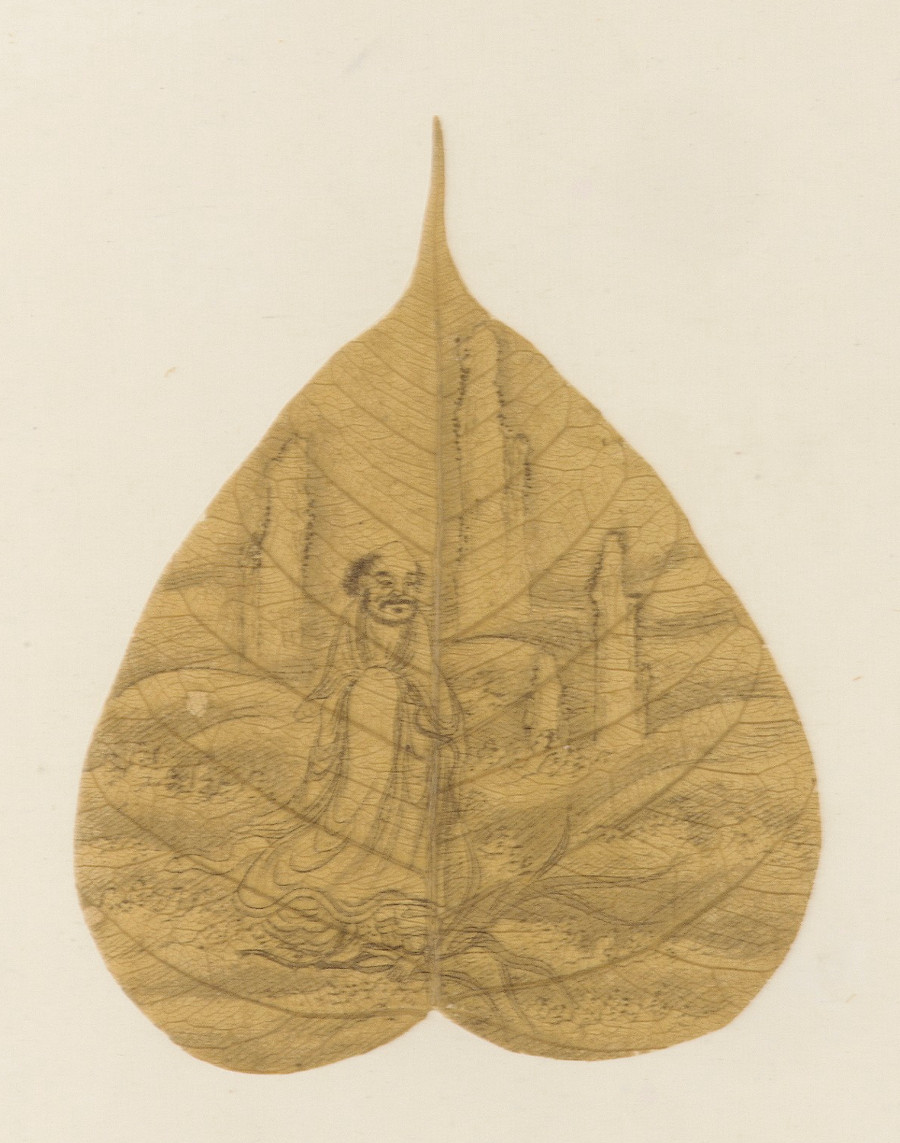 Bodhidharma crossing the Yangzi River on a reed
Qing dynasty, 1644-1911

Of the twenty mounted heart-shaped, pointed leaves from the bodhi tree (Ficus religiosa) in this album, only four have paintings; the other sixteen are undecorated and inlaid in blue paper. The four that are illustrated depict a luohan riding an ox, Bodhidharma crossing the Yangzi River on a reed, a luohan and a deer, and a luohan taming a tiger.

Special religious significance is given to this form of leaf painting because the Historical Buddha Shakyamuni (circa 563-483 B.C.E.), also known as Siddhartha Gautama, obtained enlightenment under the bodhi tree at Bodhgaya in India. Many temples throughout China planted Ficus religiosa, a tree known for its great size and longevity, and a tradition of leaf art emerged for copying sutras or painting Buddhist images. 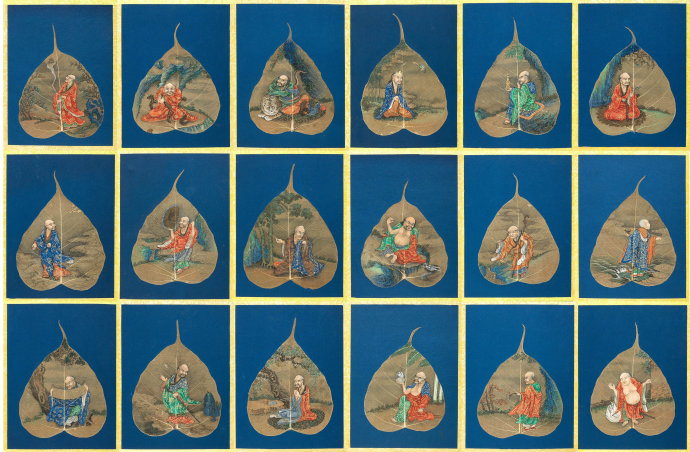 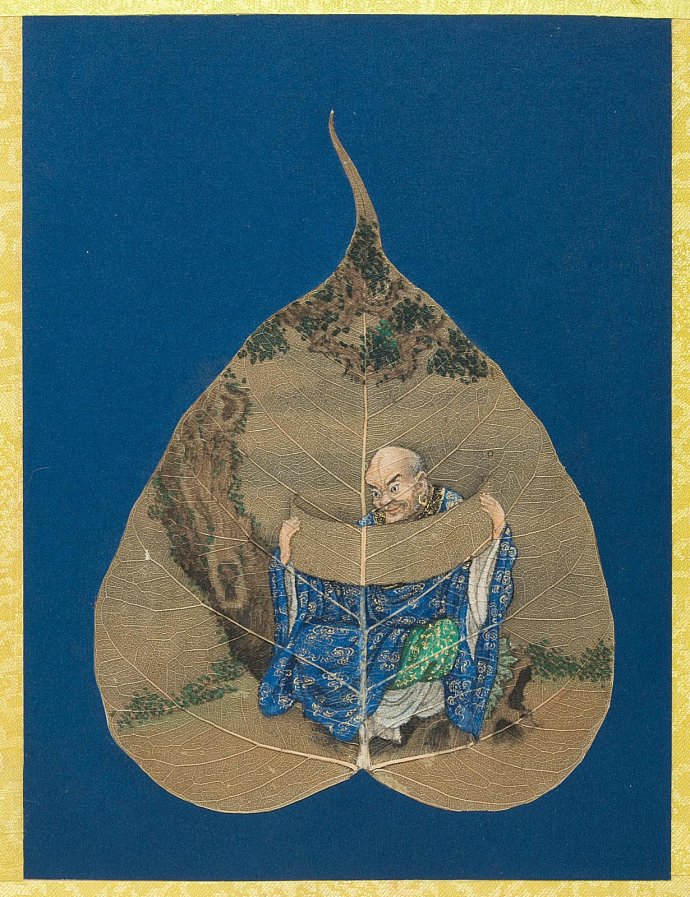 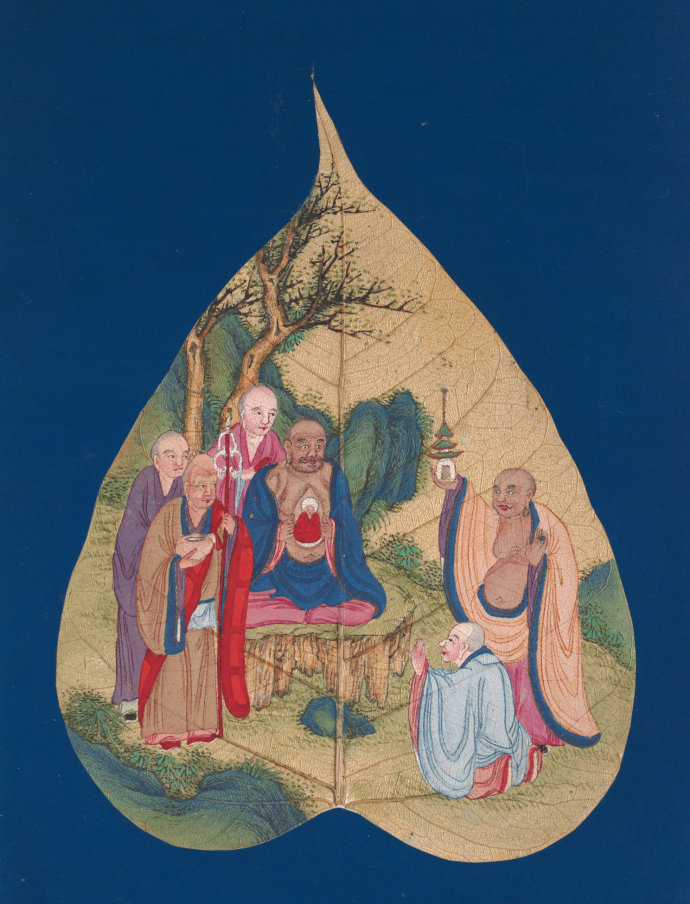 opendharma
RSS
More posts by opendharma.
Buddha, Operatic Edition
Date: 1919, Genre: sheet music Lyricist: Rose, Ed, 1875-1935 Composer: Pollack, Lew, 1895-1946 Publisher: McCarthy & Fisher Buddha (a0330) - Historic American Sheet Music - Duke Libraries In an oriental clime, seated on a mystic shrine, Buddha dwells, and dispels hate. Came a maid, to him one day, with a
drawings that have the form of living creatures
Some time later while Nanda [the reluctant convert] was sitting on a rock day-dreaming about Sundara [the young bride he had relinquished], he drew her picture on the rock." Maha-kasyapa happened to pass by, saw the drawing on the rock, and asked Nanda what he was doing. The answer