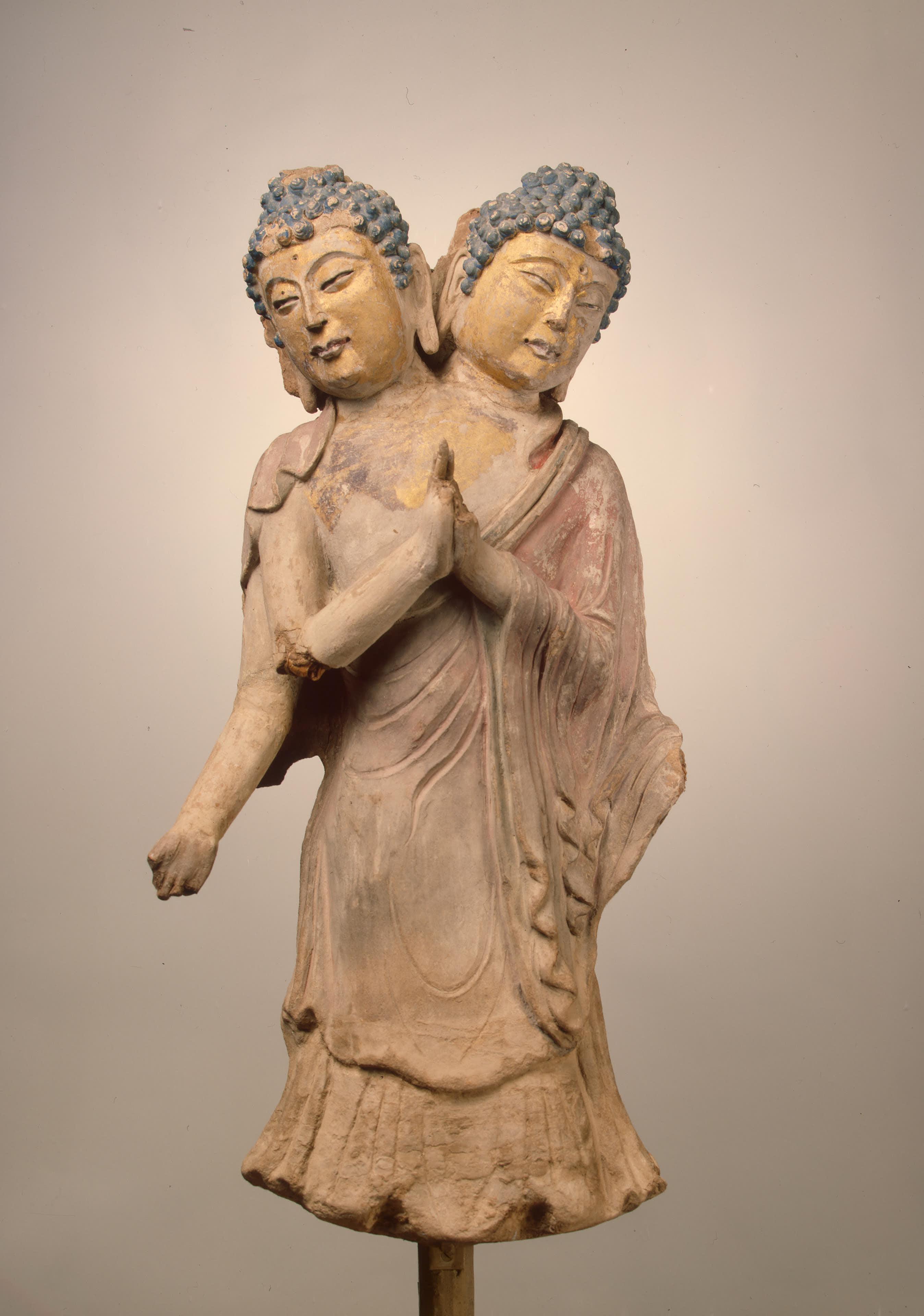 This story was told to a Chinese pilgrim during one of his long wanderings in the north:once upon a time, there were two men, both devoted to the teachings of Buddha. Each of them dreamed an image of the Buddha, but they were too poor to pay for two sculptures, so they asked an artist to make them only one. Buddha himself, in an act of kindness, divided the image in two. Kindness, or compassion, is an important teaching of Buddhism.

This clay statue was found in the stupa uncovered by Kozlov in 1909. 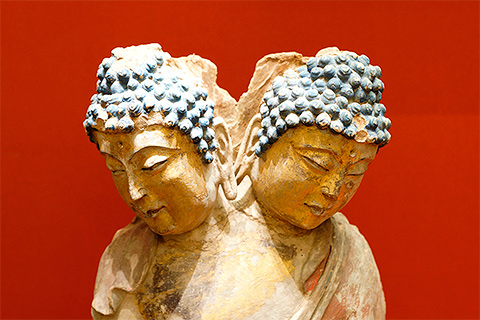